You know when I was talking about how I don’t always eat tofu, even if I post about it a lot? I don’t post about what I actually eat because it’s like 90% burritos. Well, not quite that high. But consider it telling that I ate burritos for both breakfast and dinner yesterday. And dinner the day before. And possibly breakfast the day before.

Part of the reason is that dry beans are cheap and I love my pressure cooker. Another part is that I grew up in the American Southwest and burritos are comforting and make sense to me. When I lived in Canada, I would fly back with 8 dozen+ fresh tortillas intending to freeze and ration them for months, and then eat them all within weeks. And I did this many, many times.

Needless to say, at this point I don’t do a lot of modifying to my burrito routine–I’ve got them pretty well figured out. But that’s why I have to do this post. Yesterday, I tried something different, and it was amazing.

I’ve been trying to look through other Mofoers’ blogs as much as possible because we’re all working hard and I really want to see what everyone is up to. In my browsing, I found this recipe by Queen V, and immediately needed that glowing orange nacho cheese in my face.

Here’s the problem. I don’t own the sort of high-speed blender you’re supposed to use for these nut/seed cheeses. I don’t even own a regular blender. I have two tiny $20 food processors, one with an immersion attachment. 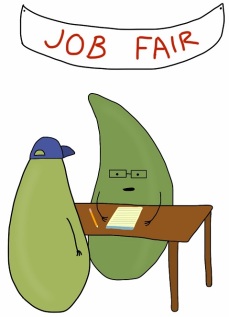 This is far from ideal, because the recipe calls for blending raw pepitas (pumpkin seeds) in a fair amount of water. Some might say more water than one should put into a tiny food processor. Naturally, the processor and I ended up so thoroughly drenched in pepita water that I was genuinely a little worried about being electrocuted. So I switched to immersion blending the water/pepitas, which had pretty much the same effect in terms of ambient moistness, but fixed the worry about electrocution (which is admittedly something).

I didn’t get quite the creamy texture you can probably expect with a nice blender, but the sauce actually turned out anyway. And by turned out, I mean changed my life forever.

So here’s the (slightly modified) recipe. Please, please try it if you have any sort of choppy device, and then run and tell Queen V how much you loved it.

Note: Queen V includes 1 tsp turmeric for the color, but I don’t own turmeric. The cheese still turns out a pleasant light orange without it, though.

To make the sauce, blend all the things and then cook them in a pan until they thicken. Then, hurriedly make a burrito so you can fill it with the sauce. Add some Frank’s red hot and ranch to the burrito too, because hey, let’s go for broke.

Voila: you have the perfect junk food burrito.